We, activists at the humanist and feminist Center for Civil Courage Association from Croatia, support the Muslim´s or Ex-Muslim women´s fight for their liberation from religious shackles. We are feminists from Europe and we are not silent, dear sisters!

We oppose the idea that women have to cover up thus to “stop men’s thoughts about women”. This reason is insulting to all – women and men. Women are not sex objects; men are not uncontrollable animals only driven by their instincts. Yes, many women grow up to want to wear veils (or niqabs or burkas, etc.) and dress modestly, but we see that as a form of internalized misogyny. Women’s “modest” covering has always been a symbol of misogyny, undeniable evidence of male dominion and fear of female sexuality. It is a clear, physical representation of a patriarchal culture that treats women as second-class citizens. Failing to see the sexism behind this practice is cowardly. We do not support cultural relativism.

We find the attempts to portray the misogynistic veiling of women as an act of emancipation ridiculous – especially by religious bigots, some of the left-wing politicians, human-rights activists or by the consumerism world of capitalism. No, we do not attack women who are covered, we criticize the misogyny behind the “hiding”. Covered women are used as a sort of human shield by the Muslim fundamentalist agenda. And no, we don’t want to find allies in libertarian and right-wing politics. We have to pay attention to the fact that millions of women on our planet are without their basic rights as human beings and not to glorify some made-up models wearing a fashionable headscarf in the Western countries.  This is the reason we also support the project “Den Kopf frei haben” from Terre des femmes Deutschland. We are calling for a ban on veils for girls until they reach the age of majority!

We are critical of Christianity in our country; we are marching through Croatian and European cities to fight against misogyny, violence against women, homophobia, nationalism, racism, far-right populism and religiously motivated backlash on women’s reproductive rights.

People, like us, who aren’t from a Muslim background, have a duty to call out all oppressive practices, not just those that affect us. We support brave women across the globe who want to be free from the veil. Women should be able to decide for themselves what to wear or what not to wear on their heads. We support women who fight against either misogynist governments that will imprison them for removing their hijab or against abusive families and communities that will ostracize, abuse and even kill them.

There is no religion, no tradition nor culture that can justify abuse against women.

In memory of all the women who were killed or punished for not wanting to put on a headscarf or to live under the Islamic rules, we say – we will not be silent! We do not take over the fight of our sisters, indeed, they teach us their fight, we stand by them!

…from the age of 13 I was forced to cover-up. For years I didn’t feel the sun on my skin, and people couldn’t see my feelings when I spoke…..
But it is my belief that there is nothing more racist than thinking something is acceptable for ‘other’ people that you would not want for yourself.
a young Muslima

Modesty culture is an extension of rape culture

Moreover, child veiling is on the continuum of other religious and cultural rules to control women and girls to ensure that they know “their place” – whether it be via FGM, polygamy or child marriage. At worst, it promotes rape culture and violence against girls and women.

The veil and its demands for modesty bring with it the implicit and often explicit shaming (or worse) of those deemed “immodest.” It is the immodest girl or woman who fails to dress or behave appropriately in order to avoid the male gaze and titillation. She has no one to blame but herself for any ensuing male violence. Modesty is always the remit of women and young girls.

And while it is often portrayed as harmless, modesty culture sexualizes girls from a young age and puts the onus on them to protect themselves. Child veiling also removes male accountability for violence, positioning men as predators unable to control their urges. Girls and women are to be either protected or raped depending on how well they guard their modesty and the honour of their male guardian.

Therefore, despite what we are often told, the veil is not just another piece of clothing. This would be similar to touting foot-binding as footwear, FGM as piercings and the chastity belt as lingerie.

In all religions and every religious-Right movement, the perfect “modest” and “moral” woman/girl is the one who cannot be seen or heard in public. Whether via acid-attacks, FGM or child veiling, the message is clear: a good woman/girl is a “modest” one. (Onelawforall) 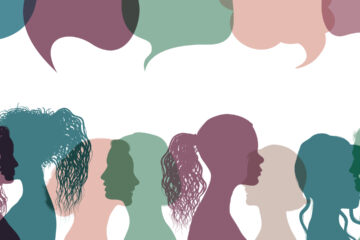 Lilith Club - no gods, no masters